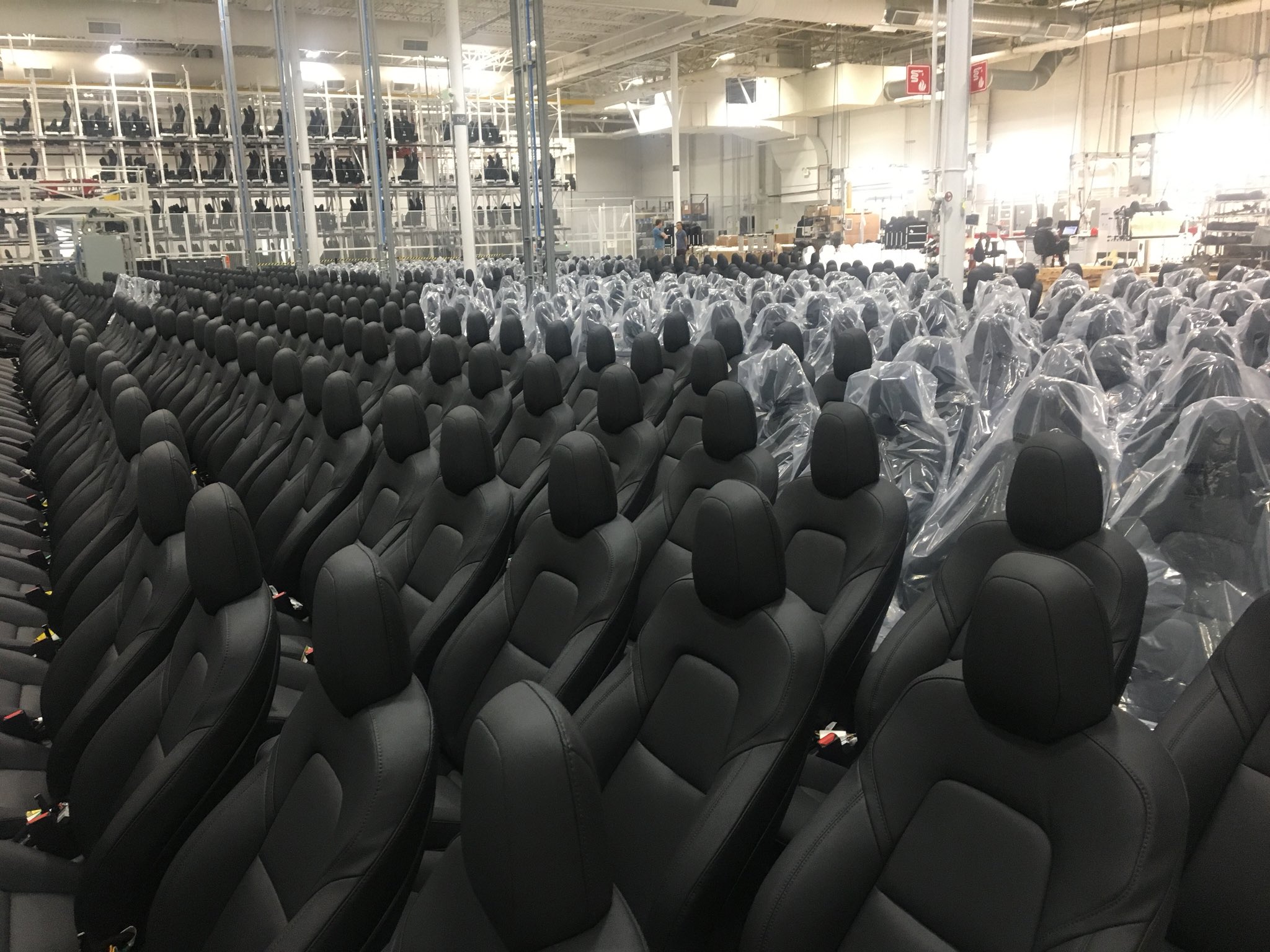 10. Tesla wants to make seats better than what other car companies can offer. Seats are half of the car experience, if they aren't super comfortable for long rides you won't want to buy the car. My neighbor was on the fence, but ten seconds sitting in my Model 3 and he had already decided to pull the trigger.

9. Tesla has high quality vegan leather seats that the other seat manufactures might not be able to offer.

7. Tesla wants to make super durable car seats for the autonomous vehicle (AV) future, where the car is being used all the time, like a taxi - and the traditional seat manufacturers don't have that amount of durability.

6. Tesla wants to save money. If you make the seats yourself, in the same factory, you cut down on shipping and handling, and there's no middleman taking a cut.

5. Computer controlled seats. When I sit in my car and press the pedal the seat goes to my preferred setting. Other cars have this as well, but probably use a more complicated CAN-bus setup requiring the seats to have their own micro controller.

4. Tesla wants to have heated-seats for all their seats. I'm pretty sure that the seat manufacturers just treat heated seats as an optional add-on. This makes those heated seats less efficient as they aren't as fully integrated. For Tesla, heated seats can greatly increase the range of the car in cold weather. It's far more efficient to heat one seat than to heat the whole cabin, that's why all seats in the model 3 are heated seats.

3. Tesla thinks they can out innovate here. Seat manufacturers are probably not the most innovative companies. Innovations not just in seat quality and comfort, but innovations in manufacturing itself (ex. use of robots).

2. Safety is very important for Tesla, they may feel that they can do a better job than the traditional seat manufacturers in this respect, say by making the seat stronger.

1. The number one reason for all this vertical integration by Tesla, is fear. All the traditional car companies have tremendous leverage over the four seat manufacturers. There are so many small things the the seat manufacturers could do to make life a living hell for Tesla: late shipments, poor quality, slow design changes, missing promised shipments. You can't ship a car without seats, their whole production could be stalled because of this. Sure the seat companies might have large fines, but the traditional car companies could secretly be paying these fines for the seat companies.

Basically, Tesla wants full control over cost, quality, features, and having a super reliable supply. Their supply and quality fears are grounded in reality. Having full control is far safer and gives them a lot of control.

Conversely, traditional car companies have outsourced nearly all of their manufacturing and are essentially only assembling and adding marketing (to the tune of about $100 of advertising per car).  They've stopped innovating and are being sideswiped by innovative companies like Tesla.