October 20, 2009
Over the weekend I created a Arduino controlled power outlet based on this design. 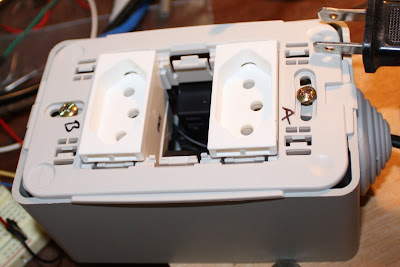 With this connected to a the Arduino I can control the two plugs independently.  One end (which I cut an old US style plug) I plug into the mains power, the other end I connect to the Arduino (four connections): 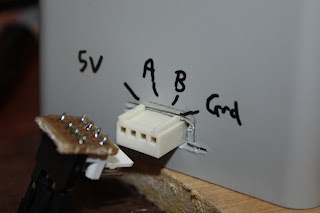 The fit was a bit tight! 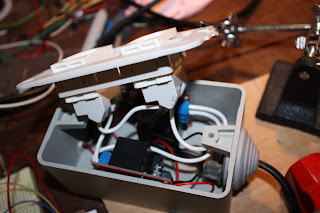 I did some tests to see if when the solenoids are on whether is would heat up too much. 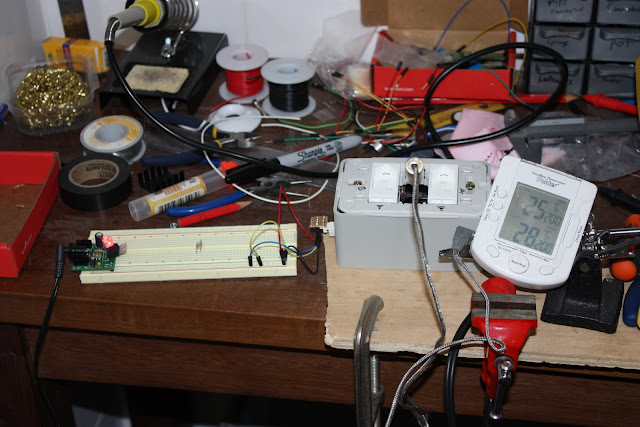 After about about a 1/2 hour it did heat up to 32 C° which isn't too bad.  So now I'm all set to scare some animals.
Arduino diy electronics

salsa said…
A latching relay might fit the bill, since current is only applied when latching-- shouldn't heat up at all.

Here's one I found that can handle 5A:
http://search.digikey.com/scripts/DkSearch/dksus.dll?Detail&name=Z2598-ND
12:21 am

Scott Kirkwood said…
Excellent suggestion. I think I'll have need of that for another project.
12:22 pm